Stretch film for the chemical industry

The chemical industry is a relatively large and innovative sector in the Netherlands. The transport of these products is subject to strict rules and, at the same time, the diversity of pallet loads is great. Pallet stability is essential, whether it concerns pallets with paint cans or drums. We are happy to help you with that!

We see a wide variety of types of cargo. Think of pallets with cans of paint, drums or, for example, heavy bagged goods with raw materials. This diversity also brings with it specific challenges when it comes to the safe packaging and transport of the cargo. Our technical specialists have in-depth knowledge when it comes to achieving pallet stability for all these loads.

Due to a strong increase in road freight transport, the need for pallet stability has only increased in recent years. Unstable pallets can have a major impact on safety, efficiency and costs. AFP is the partner to help reduce these risks.

In addition, AFP is always looking for sustainable solutions. By optimally wrapping pallets, we never use more film than necessary. This means lower costs and a considerably lower CO2 footprint than with a conventional stretch film.

The heavyweight among stretch films for optimal protection

Palletstabiliteit against the lowest Total Cost of Ownership

Protection against dirt and dust 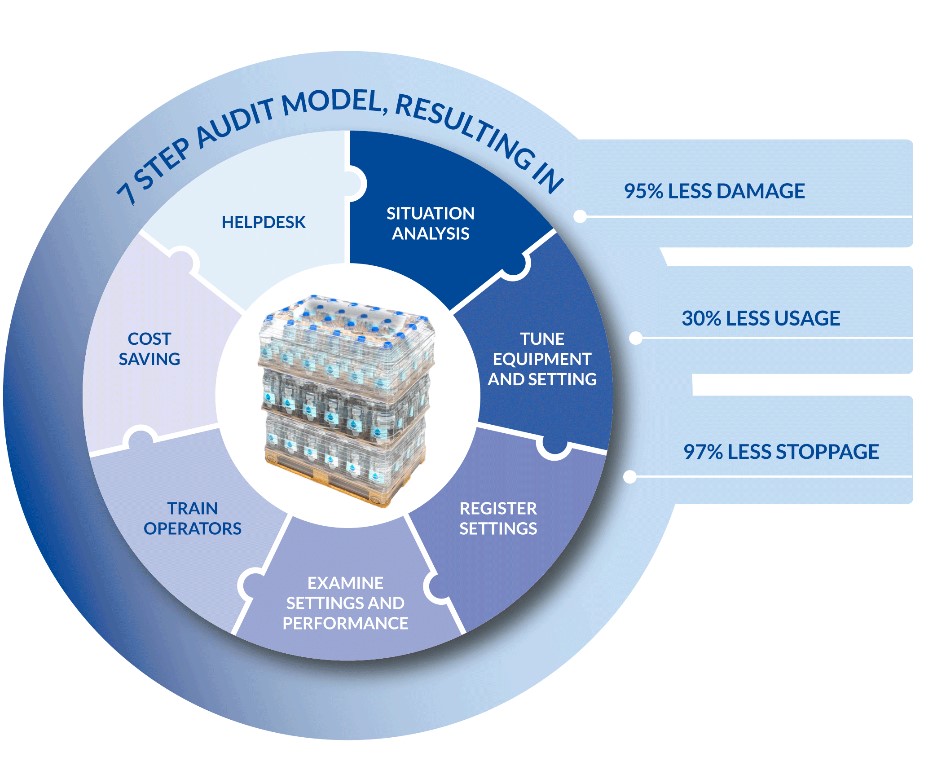 AFP has more than 50 years of experience in achieving pallet stability and is at the forefront of innovation. We work with the 7 Step Audit model in which we work towards optimally packaged pallets through a thorough analysis of your process.

How can I help you transport your products safely?

The combination of the right High Performance stretch film, the knowledge of our employees involved in your processes and winding machines ensures the optimal performance of your winding processes. In this way, we ensure stable pallets and prevent film from breaking, so that the packaging process runs smoothly and without delay. Would you also like to know whether we can improve your pallet stability and reduce your costs? Then apply for the Quick Scan today. In 30 minutes we will analyse your process and make an immediate proposal for improvement.

H.Essers has 71 offices in 17 countries. The family business stores goods, transports them and takes care of the associated IT system. “We are one of the largest players in Europe in terms of transport and logistics,” says Custers. “We have 1320 trucks, 3120 trailers, more than a million m² of warehouse space and we can connect the customer’s software systems to ours so that everything runs smoothly.
H.Essers specialises mainly in the transport and storage of pharmaceutical, chemical and high value goods. Custers likes to explain why they do business with AFP.

"They are guys who follow procedures day in day out"

One of AFP’s regular customers is the Belgian Bastin Pack, a producer of flexible packaging. “We are a fairly leading flexo printer”, says CEO Michel van de Vyver from his office in Wetteren. “This is located 8 kilometres southeast of Ghent, along the Ghent-Brussels motorway. Bastin Pack celebrates its 90th anniversary this year, and Michel Van de Vyver has been in charge there for 22 years. The company employs 45 people.